As you all know, fantasy is my Kryptonite: give me a modern character, a fantasy world to explore, and I’m gone until that journey is finished. But sometimes, magical realism all by itself is just as powerful as any real magic spell. The greatest adventures can be found with your own friends, in your own city, where the smallest belief in magic is the spark that ignites something wholly new. 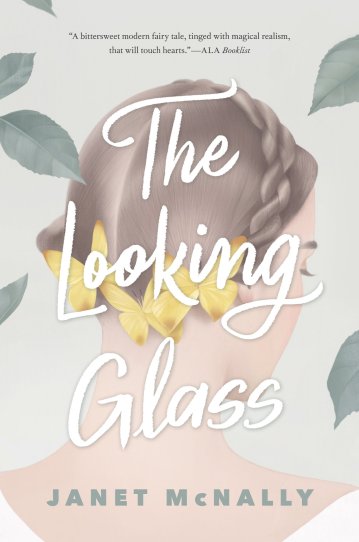 Sylvie Blake has just turned sixteen, but she is also mourning the disappearance of her older sister Julia, whose addiction to post-surgery painkillers destroyed her life. Both Sylvie and Julia are master ballerinas, attending the best ballet school in New York, on their way to becoming renowned corps members. But then, Sylvie’s old fairy tale book arrives in the mail with a message from Julia. Sylvie believes her sister might still be alive, so she sets out to find her, following the clues in the book, with her best friend’s brother Jack as her reluctant chauffeur…

After reading the summary of this book, I expected Sylvie to travel into the literal fairytale realm: big bad wolves, magic spells, handsome princes, things like that. But rather it is a story of a grieving girl searching for the last traces of magic in a crumbling, uncertain world. Sylvie is less and less certain of her future as a dancer, and she wants so much to believe her dear sister is okay.

After Sylvie receives the fairy tale book, she begins seeing traces of familiar stories all around her (girls in red hoods followed by wolf-like dogs, girls with very long golden hair, girls in blue dresses losing their shoes). These encounters are strange, but the reason for Sylvie seeing them makes sense. These stories remind her of her sister and if the stories are alive, then so is Julia.

Despite these alluring fairytale elements, the story itself is still pretty somber. Although Sylvie and Jack have some funny adventures together, the core of the story remains Sylvie’s grief for her lost sister—how Sylvie holds onto whatever magic she might find. And I can relate to that, honestly. It can be difficult sometimes to find and hold onto magic in the midst of uncertainty or doubt, but by God, you have to keep on trying. Plus, it feels good watching Sylvie find and appreciate those beautiful moments of “magic.”

I also love the parallel the book draws between those moments of “magic” and the illusion of ballet. Ballet may look like a beautiful, effortless display of grace, but it is a display with hours of pain and sweat behind it. Although it holds magic for Sylvie’s audience, it doesn’t always hold magic for her, and she tries so hard to find it, especially after Julia vanishes.

On the whole, The Looking Glass is a bittersweet look at grief and love, tinged with magical hope. I went into it expecting a literal magical adventure, but what I got instead was just as good, if not better.