Skip to content
The Library Key Uncategorized May 4, 2020 2 Minutes

Thanks to Fiction Flock for providing me a copy of this book in exchange for an honest review.

Sword-wielding heroines are everywhere now, setting a new standard for “strong” female protagonists. While the concept of a young medieval woman challenging gender norms and saving the day with a sword is appealing, it teeters on the edge of cliché. I actually almost didn’t pick up Not Every Girl for that reason. But then again, maybe this book would surprise me; I just had to pick it up and find out. 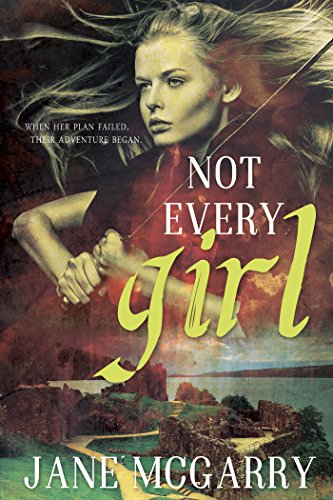 Sixteen-year-old Olivia Davenport loves sword fighting and battle strategy, although her family would prefer she be a proper lady. When she is denied the chance to go on a mission with the other squires, she disguises herself as a boy to join them. Her ruse is discovered pretty quickly though, and she is forced to return home, with the arrogant Prince Liam as her escort. Of course, as soon as Olivia and Liam leave the group, a trap is sprung, and only a disgraced lady and a reluctant prince can save the kingdom from ruthless mercenaries.

So, you know how I was hoping for a surprise from this standard-sounding story? Yeah…that never came. The characters, their development, and the story all panned out EXACTLY as I expected. At one point, I thought, bitterly, that there was no need for this story to exist if there was NOTHING new about it.

But the more I read, the more I began to see parallels with books that I enjoyed when I was younger. Sure, everything was familiar and written very simply, but would sixteen-year-old me have enjoyed this story? Perhaps. It’s the sort of book I would probably read while lying on a towel on a lazy beach day.

While there isn’t a lot of dimension to the story or characters, it is still somewhat compelling. Olivia has a distinctly teenage voice, and she is, at the least, relatable. She might not be a protagonist for the books, but at least she acts and sounds like a sixteen-year-old.

I cannot quite say the same for the other characters. Olivia has a four-year-old sister named Lydia, who sometimes sounds too sophisticated for her age. When the royals talk, their voices are not very distinctive; during their longer conversations, you forget who is speaking when.

The pacing is the best part of the book, allowing us to see Olivia’s world before plunging into her cross-dressing adventure. But even that also turns on a dime, especially with Olivia and Liam’s relationship. Olivia makes it clear how she despises Liam at the beginning, but then, after maybe two conversations, she decides she’s in love with him. It might be the teenage way to fall hard and fast, but it came out of the blue. Having that realization come at a more pivotal moment later in the story might have made it more interesting.

If you’re a younger adult looking for escapist, cliché fluff, then you might enjoy this book. Otherwise, there are much more interesting sword-wielding adventures out there.